Do only tall buildings benefit from a wind-tunnel study? 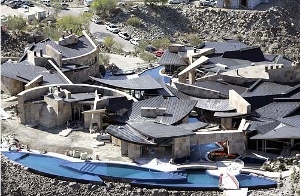 In the early days of wind-tunnel testing of buildings (say, the 1960s and 1970s) the process was relatively more expensive than today and it was considered more exotic. Thus, it tended to be used in the design of tall buildings only. This resulted in a perception that buildings less than, say, thirty storeys would not benefit from such physical modelling in the wind tunnel. In recent decades the real cost has come down substantially, and the level of architectural complexity has increased markedly.

As a consequence it is not the height of a project, but its value and complexity that should influence the design team on the decision to use the wind tunnel or not. Our experience has indicated that projects worth more than, say, 20 to 25 M$ will benefit from a properly conducted, site-specific, building-specific, wind-tunnel study. Even a complex single storey project may rationally be investigated in the wind tunnel.

More in this category: « Why are structural wind loads different to cladding pressures? Balconies and Terraces - are they always windy? »
back to top